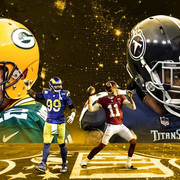 An explosive start to the season, individually and as a team, Curry’s legacy continues to grow. If it weren’t for Kevin Durant, no one would doubt that Curry is the MVP but even considering KD, the Warriors superstar seems to have a clear advantage.

The fact that this is discussion can even be brought up is a testament to the greatness we have seen from Curry so far this season. And although it would be difficult to answer the question above after only one quarter of the season, it is possible to compare his stats.

How does this Stephen Curry compare against the one from his unanimous MVP season or his first MVP season? Let’s take a look.

From the above numbers, a couple of things are clear about the current version:

Recently, he broke his own record for the least number of games required to reach 100 3-pointers.